Deviated Septum 👃🏻 How Is Septoplasty Performed ?

Several people among us have lost a little self-confidence due to the presence of defects in one of their facial parts such as the nose. Now, if this defect is functional, such as a deviated septum, it also affects the way a person performs in his daily routine. Of course, since rhinoplasty is performed not only for cosmetic purposes but also for therapeutic purposes, septum deviation can be treated by performing a procedure called septoplasty. Follow the best plastic surgery clinic in Dubai to learn more. 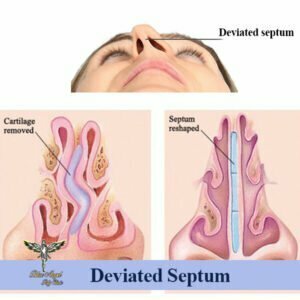 Causes of the deviated septum

Different factors can lead to a deviated septum. Sometimes your nasal septum deviates from birth, and sometimes your nose may become deviated due to an injury or surgery. Depending on the cause of the deviation of the nasal septum, the nose becomes one of C, L, or S shapes. Below we will take a closer look at the various causes of this deviation:

In some cases, the deviation of the septum occurs due to an injury such as a fracture or crack. If the bones and cartilage are damaged due to a fracture and do not heal well, this physical damage becomes permanent and affects the appearance of the nose.

Congenital defects are sometimes considered the main cause of crooked nose. These deformities can appear in the form of bumps or lumps on the nose, obstruction of the nasal bony holes, or cleft palate.

A deviated septum occurs when the cartilage and bone that separates the nasal cavity in two is not centered, which means that one of the nostrils is smaller than the other. This can cause the nose to tilt and, in addition, it will cause nasal obstruction and difficulty in breathing through the nose. A crooked septum is sometimes caused by birth and sometimes due to an injury to the nose.

Some nose surgeries can lead to a deviated septum. In case of such a situation, it will be necessary to perform other surgeries such as rhinoplasty to correct this deviation. In addition, the growth of cancerous masses or tumors in or near the nose or severe infections that cause severe swelling and inflammation in the nose also affect the symmetry of the nose.

How do we know if we have a deviated septum?

There are 5 ways by which you can understand that you are perverted. These methods are as follows:

You may have seen articles online that recommend specific exercises and non-surgical methods to treat a deviated septum. Of course, there is no evidence to confirm the correctness of this claim. Of course, some treatments such as massaging the face can have therapeutic effects and relieve pressure, but these treatments do not mean that they can permanently treat and correct inconsistencies and asymmetry in the nose.

If your nasal septum has deviated but this deviation is not very severe, it can be treated using soft tissue fillers instead of surgery. In this type of procedure, materials are injected into the soft tissue of the nose, and this is used to add volume to an area of ​​the nose that looks misshapen. Filling these areas with fillers can help create overall symmetry in the nose and treat the crooked appearance of the nose. The use of fillers. The weakness of this treatment process is that the result obtained from it is temporary and the patient cannot benefit from its result permanently.

Septoplasty as a permanent solution for a deviated septum can give you a symmetrical and beautiful nose. The best nose surgeon in Dubai, in a consultation session with his patient, gave comprehensive explanations regarding preoperative care for crooked nose, surgical process, post-operative care, risks, potential complications, and benefits of this treatment process. This surgery is a completely specific and complex process, and therefore, participation in the consultation session is mandatory.

Septoplasty is performed under two surgical approaches: open and closed. The open method, which is more invasive, is used to treat serious nasal problems and create very fine and precise adjustments in the nose. The surgeon offers the necessary suggestions regarding choosing the best method.

How is septoplasty performed?

Septoplasty or nasal deviation surgery is usually an outpatient surgery, therefore, most patients can leave the clinic and go back home after surgery. In most cases, surgery is performed under general anesthesia and the patient is asleep during the procedure. Local anesthesia, where only the treatment site is targeted to numb, is another option.

The surgery for a deviated septum is completely performed on the internal framework of the nose. The doctor cuts the nasal wall on one side and lifts or removes the nasal mucosa. This mucus is a thin layer that protects the nasal septum.

The doctor shapes the bone and cartilage of the deviated septum. Sometimes parts of bone and cartilage are removed and after the necessary shaping, they are returned to their previous position. After making the necessary corrections, the mucosa is returned to its original position. During the surgery, there is no break in the nose and the whole process takes about 30 to 90 minutes.

After that, the splint is placed on the nasal tissue to prevent bleeding and the formation of scar tissue. Usually, the splint remains on the nose for one to two weeks. Sometimes the doctor uses absorbable stitches that fade over time.

The cost of septoplasty

Surgery for deviated septum (septoplasty) can be considered one of the medical processes aimed at solving nasal breathing problems. Determining whether a nose job is done for cosmetic or medical purposes is something that requires a doctor’s examination, and its coverage by insurance companies is achieved after comprehensive examinations by insurance experts. The cost of treatment varies based on the scope of the deviation and the other nasal problems that need to be corrected. Therefore, if you are looking for the best surgeon for septoplasty you can visit Blue Angel Poly Clinic, the best plastic surgery clinic in Dubai, and also they will inform you about the cost of the surgery. 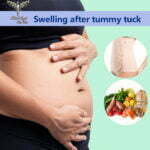 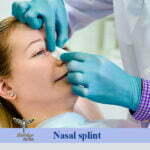