Revision rhinoplasty is a procedure that is performed for the second time for a nose that has already undergone rhinoplasty. Of course, it is possible to operate for the third and fourth time. The purpose of this operation is to make necessary corrections to the nose that has already undergone cosmetic surgery and the patient is not satisfied with the result. You should know that choosing a rhinoplasty surgeon for reconstructive surgery is more important; Because this surgery is more challenging and requires more precision. For consultation for reconstructive nose surgery, you can visit Blue Angel poly clinic, the best plastic surgery clinic in Dubai. 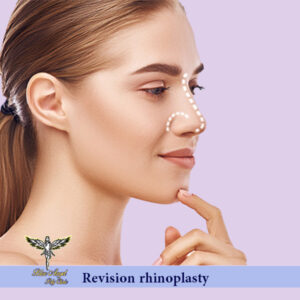 The importance of choosing a good plastic surgeon for revision rhinoplasty

The main reason people turn to reconstructive rhinoplasty is the defects that were not solved in the initial rhinoplasty. Sometimes the problems that occur naturally after nose surgery are also the reason for them to go for reconstructive rhinoplasty. Since nose surgery can be more challenging every time and increase the risk of problems, as well as to prevent the recurrence of surgical errors, choosing the best rhinoplasty surgeon in Dubai who is experienced and experienced becomes extremely important.

What challenges may the surgeon face in reconstructive rhinoplasty?

It is possible that during the initial rhinoplasty recovery, scars were formed in the areas of the surgical incisions; This can limit the surgeon. Considering that there is a possibility of scar formation after reconstructive nose surgery, the surgeon does not make wide incisions.

Cartilage loss during the first rhinoplasty must be replaced during the second rhinoplasty. Therefore, the doctor uses the graft technique. During this process, graft tissue must be removed from parts such as ear cartilage or rib bone and transplanted to the required areas in the nose.

One of the reasons why people go for revision rhinoplasty is the deviation of the nasal septum after primary rhinoplasty. Now, this may have happened due to an accident or bumping into an obstacle, or it may not have been treated at all in the initial surgery.

Congestion and blockage of the nasal passage is another challenge that the surgeon may face in the secondary operation. This complication occurs due to the collapse and destruction of cartilage tissues at the tip of the nose.

However, because the nose is in a sensitive position, as a result of the damage caused to this organ after the initial rhinoplasty, it is not possible to guarantee the creation of a flawless nose from reconstructive rhinoplasty; But without a doubt, an experienced and skilled surgeon in the best plastic surgery clinic in Dubai will provide the best possible result. In general, according to the reconstructive rhinoplasty treatment plan, the following goals and benefits are achieved:

The process of revision rhinoplasty can solve the abnormalities caused by excessive removal of the nasal structure in primary nose surgery and its treatment problems.

Maximizing the quality of nose function

A beautiful nose is practically useless without a proper function. Maximizing the quality of nasal function is the most important advantage of reconstructive rhinoplasty.

After spending money and time following the initial rhinoplasty and going through a long recovery period, when you see that what you expected did not come true, you feel nothing but disappointment. Fortunately, reconstructive rhinoplasty is an opportunity to fulfill unmet goals in primary rhinoplasty.

How to prepare for revision rhinoplasty?

How is revision rhinoplasty performed?

Reconstructive rhinoplasty often requires cartilage to provide structural support for the tip or bridge of the nose. Since in nasal reconstructive surgery, the cartilage of the nasal septum is often defective, the best rhinoplasty surgeon in Dubai must choose the cartilage from another part of the body such as the ear and sometimes the rib. It should be noted that in reconstructive nose surgery, skin grafting should sometimes be used to correct breathing problems and open the narrowed airway. Note that revision rhinoplasty usually takes two hours. Of course, the time to perform this surgery will be longer in complex cases.

Normally, it takes a year for a person to fully recover from rhinoplasty. However, in some people who undergo reconstructive rhinoplasty, this period is longer and it is even possible that the side effects such as swelling will be completely removed after two years and the final result will be determined. Of course, since no two nose reconstruction procedures are the same, their recovery will not be the same. But according to a general rule in normal conditions, the recovery period is expected to go like this:

Immediately after reconstructive nose surgery: After being discharged and arriving home, rest as much as possible for the first few days. Expect bleeding and bruising and to reduce these effects, put your head higher than your body while sleeping. Using a cold compress on the first day helps a lot to reduce pain and swelling. Also, take painkillers as prescribed by the best nose surgeon in Dubai.

One week after revision rhinoplasty: During the first week after surgery, there is still a possibility of pain, but it can be controlled with medication. The most challenging thing in this period of recovery is the difficulty in breathing. You can breathe through your mouth until this problem is resolved. During this time, you should stay away from any training and sports activities, otherwise, your recovery process will be prolonged.

Several weeks after reconstructive rhinoplasty: After several weeks to a month, you can begin to engage in light activities, but you should still not participate in high-impact sports. During this period, the scars and wounds have not completely healed and the nose is still swollen. By keeping your body hydrated and eating healthy foods, you can increase the speed of recovery from revision rhinoplasty.

Who are ideal candidates for revision rhinoplasty?

The role of skin in revision rhinoplasty

The skin, like a cover, covers the structure and contour of the nose and ideally displays the beautiful result of the surgery. The thickness of the skin plays an important role in the speed of subsidence of swelling, especially in reconstructive surgery . In reconstructive rhinoplasty, the doctor must deal with the scar tissue under the skin as well as the thickness of the skin. This is the challenge that rhinoplasty surgeons struggle with. The amount of scar and hard tissue formed after primary rhinoplasty is often higher in patients with thicker nasal skin, and this makes the secondary rhinoplasty process more difficult. This is where the skill and experience of a good rhinoplasty doctor steps into the field and by using unique achievements and improving the nose appearance and function, create a significant improvement.

How long does the revision rhinoplasty take?

Secondary rhinoplasty is a procedure that is performed under general anesthesia and its duration is longer due to its complexity compared to primary surgery. Reconstructive rhinoplasty often takes 3 to 4 hours to complete.

Secondary and primary rhinoplasty are both on the same level in terms of pain, but considering that the nose has been changed once, its framework is a little more sensitive. In secondary nasal surgery, a wide range of surgical procedures have been developed, from minor changes in the tip of the nose to the treatment of a small area, to place the bones and cartilage of the nose in the proper position and create the desired shape and frame. In other words, it can be said that due to the different types of operations on the nose in reconstructive nose surgery, it can be said that the experience of pain in secondary nose surgery is slightly different. 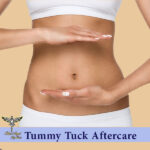 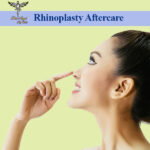 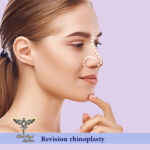